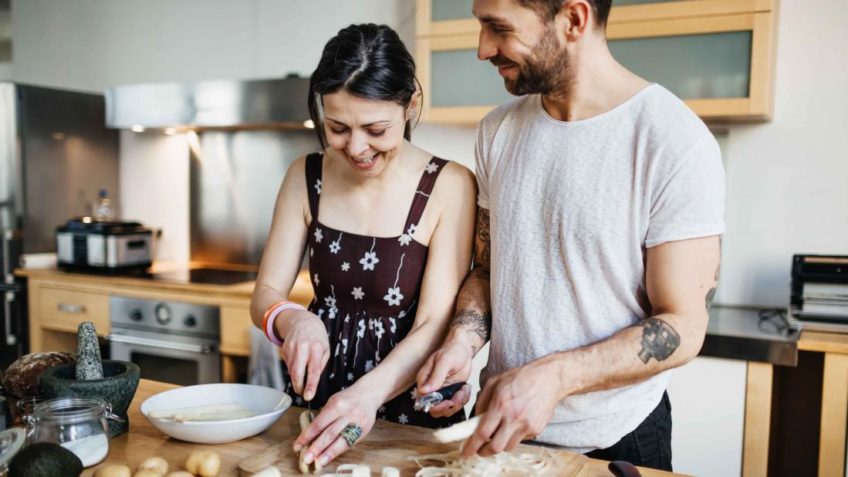 What is the best diet for mental health?

Researchers have increasingly been studying the effects of diet and nutrition on mental health.

Many of them have noticed that people who follow a standard Western diet, which includes highly processed foods and added sugars, have higher risks of developing anxiety and depression.

Although the majority of the research to date has focused on the benefits of the Mediterranean diet, other dietary patterns may also have a positive effect on mental health.

In this article, we review some of the evidence suggesting that a healthful diet can improve mental health and help treat or prevent certain conditions. We also explore how food affects our mood.

Nutritional psychiatry, which some refer to as psychonutrition, is a new field of study that focuses on the effect of diet on mental health.

Most studies have focused on the effects of the standard Western diet and the Mediterranean diet. An article in the Proceedings of the Nutrition Society reviewed the existing body of research on diet, nutrition, and mental health.

The research suggests that the more closely a person follows a Western diet, with its highly processed foods, the more at risk they are for depression and anxiety. People who follow a Mediterranean diet, on the other hand, seem to be less likely to have mental health conditions.

Researchers from the Institute of Psychiatry at the King’s College in London in the United Kingdom investigated exactly how nutrition might affect mental health. They focused their research on the effects of diet on the hippocampus.

Stressful experiences reduce neurogenesis in the hippocampus, while antidepressant drugs appear to promote this process.

Factors that can negatively affect neurogenesis in adults include:

Healthful foods and habits appear to promote neurogenesis. These include:

There is no specific diet that is best for mental health, but some eating patterns appear to be better than others.

Among common diet plans, the Mediterranean diet has the strongest evidence supporting its ability to reduce the symptoms of depression. It is also a diet that experts routinely recommend for overall health and well-being.

Compounds in the Mediterranean diet that have links to lower depression rates include:

The Mediterranean diet consists of:

Learn more about how to eat a Mediterranean diet in this article.

Short-term calorie restriction has shown some promise for treating the symptoms of depression.

Experts have defined calorie restriction as “a reduction in energy intake well below the amount of calories that would be consumed ad libitum.” The extent of the restriction will vary depending on the individual’s needs.

One study that looked at the relationship between food intake and depression defined calorie restriction as a 30–40% decrease in calorie intake while retaining protein, vitamin, mineral, and water intake to maintain proper nutrition. According to this definition, a person who usually eats 2,000 calories per day would eat between 1,200 and 1,400 calories instead.

It is vital to note that calorie restriction can sometimes lead to the development of an eating disorder. It is also not safe for people who have an existing eating disorder or behaviors relating to disordered eating.

Anyone who wishes to try calorie restriction should also speak to a doctor or a registered dietitian about how to ensure that they are getting enough nutrients.

It is also important not to restrict calories or follow a low calorie diet in the long term, as this can damage neurons and make depressive symptoms worse.

There is some evidence that intermittent fasting can help improve mood and mental well-being.

Clinicians have noted that fasting could contribute to improvements in mood, as well as people’s subjective sense of well-being, alertness, tranquility, and, in some cases, euphoria.

A small 2013 study involving men over the age of 50 years found that in comparison with a control group, those who participated in intermittent fasting had significant decreases in:

However, other research has produced contradictory results. A study in amateur weightlifters found that 48 hours of fasting caused negative mood changes, including significantly increased anger and slightly raised confusion and fatigue.

Learn more about the potential benefits of intermittent fasting in this article.

Another study showed an association between polyphenols and both the prevention of depression and the improvement of depressive symptoms. The polyphenols that the researchers studied came from:

Several studies have shown that people who follow a Western diet comprising highly processed foods are more likely to have major depression or persistent mild depression.

A 2010 study showed that women who ate unhealthful Western-style diets had more psychological symptoms. The foods that these participants were eating included:

A Mediterranean diet is one healthful diet that can positively affect a person’s weight, blood pressure, cholesterol, and other measures of health. Calorie restriction and fasting may also affect a person’s mental health.

While a healthful diet may aid treatment for poor mental health, anyone experiencing the symptoms of a mental health condition, such as depression or anxiety, should speak to a doctor.