Experimental Drug Could Be New Option Against Arthritis

TUESDAY, Dec. 31, 2019 (HealthDay News) — A new drug might be able to save a person’s knees from the ravages of osteoarthritis, researchers report.

People taking the drug, code named MIV-711, had less bone and cartilage loss than others given a placebo.

“We know that bone slowly changes shape as knee osteoarthritis progresses,” said lead researcher Philip Conaghan, a professor at the Leeds Institute of Rheumatic and Musculoskeletal Medicine, in the United Kingdom. “This is the first study to show a drug can slow this osteoarthritis bone change, and one dose of the drug also slowed cartilage loss.”

Unfortunately, there was no improvement in knee pain during the six months of the study, Conaghan added.

But a Harvard professor of rheumatology, Dr. Jeffrey Katz, said six months is probably too soon to expect pain reduction with this sort of drug.

“Our expectation is that these changes might be associated with less pain than would otherwise occur some years down the road, but it wouldn’t necessarily be expected that the changes occurring in the context of a short trial would affect symptoms during that short period,” said Katz. He is co-director of the Brigham Spine Center at Brigham and Women’s Hospital in Boston.

This sort of turnover is natural in the human skeletal system, Katz said, but osteoarthritis — the “wear and tear” form of arthritis — occurs when the balance is disrupted and old bone is removed faster than new bone can replace it.

For this study, 244 patients with knee osteoarthritis were randomly assigned to receive either a 100 milligram (mg) or 200 mg daily dose of the drug in pill form, or an inactive placebo.

The participants underwent the therapy for 26 weeks, during which the researchers used MRI scans to watch for changes in bone shape, Conaghan said.

People given MIV-711 appeared to have less bone turnover and removal of old bone than those taking a placebo. They also lost less cartilage and collagen, the main structural protein in the body’s connective tissues, the researchers found.

“This drug stops bone being absorbed and therefore tends to improve bone quality,” Conaghan said. “A big issue will be whether slowing bone shape change will result in reduced symptoms months or years later.”

The findings were published online Dec. 30 in the Annals of Internal Medicine.

Conaghan said the next step will be a larger and longer follow-up clinical trial, with careful consideration of both how the drug affects knee structure and whether it will eventually ease pain.

If it pans out, this could be a drug given to people in the early stages of osteoarthritis to either slow or prevent the disease’s progression, said Katz, who wrote an editorial accompanying the new study.

“You’d like to introduce a drug like this relatively early in the disease process so the destruction of the joint — that leads to pain and disability and joint replacement — doesn’t occur,” Katz said.

Because there’s been no drug this effective, it’s hard to tell how much of a joint’s structure needs to be preserved to reduce pain, he added.

Katz compared it to taking a person’s temperature, where a reading of 103 degrees tells a much different story than a reading of 98 degrees.

“With the MRI changes that were observed in this study, we don’t have any intuition as to whether that change is a lot or a little,” Katz said.

“We’re not quite ready to declare victory, but at the same time it’s a very, very exciting advance,” Katz concluded. “This has been a really hard nut to crack, trying to figure out how to affect the inexorable structural progression of osteoarthritis. This appears to be a drug that does that.” 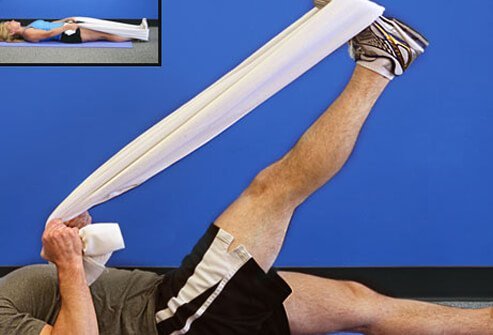